We would like to offer our sincere support to anyone coping with grief. Enter your email below for our complimentary daily grief messages. Messages run for up to one year and you can stop at any time. Your email will not be used for any other purpose.

Share a memory
Obituary & Services
Tribute Wall
Read more about the life story of Jacqueline and share your memory.

Jacqueline Lois Ferry Shannon passed away at her San Angelo home on Wednesday, October 12, 2022, at the age of 89.

A memorial service will be scheduled at a future date. Arrangements are under the direction of Robert Massie Funeral Home.

Jackie Shannon, who was the daughter of the late Joseph J. Ferry and Elizabeth Keane Ferry, was born on February 20, 1933, at an Army post near Chicago, but her family relocated to Texas when she was a toddler. After living in both Dallas and San Antonio, she graduated from Thomas Jefferson High School in San Antonio in 1950 and earned her bachelor's degree from Trinity University in 1953. She later earned a master's degree in Education from Angelo State University.

While at Trinity, she met the love of her life, Charley Harriss Shannon. They married in June 1953 and were married for over 48 years until his passing in April 2002.

Following her move to San Angelo in 1968, she was an active member of St. Luke's United Methodist Church, where she served on almost every committee at some point and made life-long friends with members of her Sunday School class.

Jackie was a dedicated, caring elementary school teacher for over three decades in San Antonio, Edna, Austin, and San Angelo. After her younger son, the late Gregory Paul Shannon, was diagnosed and treated for a serious mental illness, Jackie retired from teaching while still in her 50s to become a full-time volunteer advocate and champion for people with mental illness and their families.

Jackie was determined, passionate, and tireless in her efforts to improve the lives of individuals with mental illness, not just in San Angelo, but across Texas and the nation.

Jackie and her husband Charley established the San Angelo affiliate of NAMI - the National Alliance on Mental Illness - in the mid-1980s. In addition to serving as President of the San Angelo chapter, Jackie later served on the board and as President of NAMI-Texas (the statewide organization), and three terms as President of NAMI's national Board of Directors. She also served for over two decades as a trustee on the Board of MHMR Services for the Concho Valley, including several terms as Chair. She was the longest-tenured trustee to serve in the Center's history.

Jackie also served on various community and state councils that improved mental health policy, including the Texas Council on Offenders with Mental Impairments, the Texas Mental Health Planning Advisory Council, and the Citizens' Advisory and Planning Committee of the former Texas Department of MHMR. In her NAMI leadership roles, she successfully worked with elected officials from both parties to secure passage of important legislation that helped create parity in insurance coverage for the treatment of serious mental illness.

She was preceded in death by her younger son, Gregory Paul Shannon in 2016.

Jackie is survived by her son and daughter-in-law, Brian and Jeannine Shannon of Lubbock; her granddaughter and her husband, Julia and Jack Driscoll of Bloomington, Indiana; and brother and sister-in-law, David and Darleen Ferry of Phoenix, Arizona, their daughters Lara and Linda, and their families.

To send flowers to the family or plant a tree in memory of Jacqueline Lois Shannon, please visit our floral store. 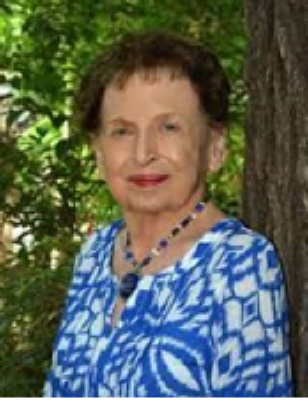 In Loving Memory Of

Look inside to read what others
have shared
Family and friends are coming together online to create a special keepsake. Every memory left on the online obituary will be automatically included in the book.

In Loving Memory Of

Look inside to read what others have shared

Family and friends are coming together online to create a special keepsake. Every memory left on the online obituary will be automatically included in the book.

You can still show your support by sending flowers directly to the family, or by planting a memorial tree in the memory of Jacqueline Lois Shannon
SHARE OBITUARY
© 2023 Robert Massie Funeral Home. All Rights Reserved. Funeral Home website by CFS & TA | Terms of Use | Privacy Policy | Accessibility